I've been in the process of putting together a players guide for my upcoming spooky forest game and I put into writing some fun death rules. My players tend to get attached to their characters and I've provided ways to avoid that unfortunate situation where a character dies midway through a session leaving one player benched for a couple of hours. Without further ado here is Death in the Bitterwood. These rules will likely be used for a 5E game but here's hoping I can add more weird curses to it in the future.

The Bitterwood is often very dangerous. Death might become common while exploring and you should be prepared for that. Resurrection magic is unseen in these parts but other options exist. After death, you may make a new character with a level matching the Party Level - 1. They will level up to Party Level upon surviving one session. When you die in session you have 3 options.

Change in Perspective.
Take control of an NPC ally until the session ends.
(Easiest option, keeps the player involved and allows a possible permanent replacement to emerge.

Walking Dead. If your body can be retrieved, taken to a safe location, and your allies can perform a DC10 medicine check, you can be brought back to the land of the living temporarily. For the remainder of the session, you can play your character, who has been brought back with half of its maximum HP. You can’t be healed by magic in this state. If you fall unconscious in this state you die permanently. At the end of the session, the grit and bandages keeping your character alive run out.
(This one gives the character a chance to finish off lingering business without undoing the death. It also rewards players for retrieving the bodies of their allies).

Petition the Things in the Dark. If your body cannot be retrieved, your spirit can hold on at a price. You return to life whole of body and unsound of mind. You harbor a general curse and a specific curse and are always aware of them. The general curse is as follows:


The specific curse is as follows (roll 1d10)


Dying after you’ve been cursed turns you into a creature of the night. Your character becomes an NPC under the DM’s control.

(The curses are meant to be more evocative than balanced. They show off the spooky sorts of things that could happen to those lost in the woods. I intend to apply a few of these to NPCs the players find to make it feel like a more concrete part of the world.)
at 8:39 PM 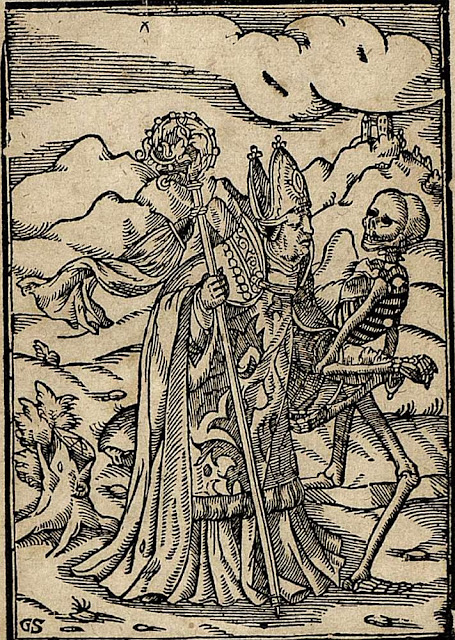